Tinnitus is common and is often little more than an inconvenience, but for some, it can impact their daily lives, interrupting their sleep and causing severe stress and anxiety. Our exclusive and highly effective tinnitus treatments can help reduce or eliminate tinnitus and have an excellent success rate.

Why wait to start your journey to better hearing? Book your appointment with a member of our highly skilled audiologist team. Our specialists will help you find the best possible treatment option for your unique circumstances.

Tinnitus is common and is often little more than an inconvenience, but for some, it can impact their daily lives, interrupting their sleep and causing severe stress and anxiety. Our exclusive and highly effective tinnitus treatments can help reduce or eliminate tinnitus and have an excellent success rate.

Why wait to start your journey to better hearing? Book your appointment with a member of our highly skilled audiologist team. Our specialists will help you find the best possible treatment option for your unique circumstances.

Tinnitus is often described as “ringing in the ears”, but the sound itself might also resemble a “humming”, “roaring”, “hissing” or “whooshing”. These sounds have no external source and are perceived only by the individual, either in both ears, in one ear or sometimes in their head.

Every person with tinnitus experiences it differently; some may hear it continuously, while for others it might come and go. They might only hear it softly in the background all the time or only in quiet environments, but others will hear it loudly — even over significant noise.

It’s a common symptom, with around 30% of the population experiencing tinnitus at some point in their lives, but 10% experience it persistently and approximately 3% have tinnitus so severe that it causes them distress and affects their quality of life. 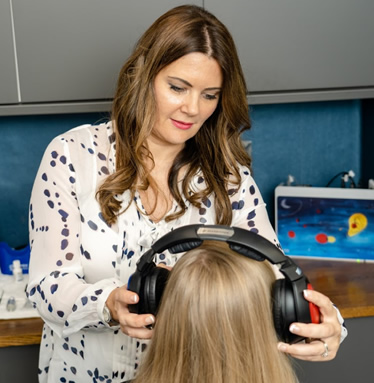 What Our Patients Say

Tinnitus isn’t a disease that can be treated but a symptom of changes in the auditory system. It’s something that’s long baffled medical professionals, but it’s commonly accepted that it’s due to a loss of auditory output reaching the brain as a result of damaged hair cells in the inner ear.

Ringing in the ears can be caused by a number of conditions, including:

Age-Related Hearing Loss
The prevalence of tinnitus increases with age, with around one in five people aged between 55 and 65 experiencing some tinnitus symptoms. Around 80% of tinnitus patients will also have some kind of hearing loss, but the severity of each isn’t mutually exclusive; an individual may have severe hearing loss but only experience intermittent ringing noises in quiet environments.

Noise Exposure
Exposure to loud noises can cause permanent hearing damage and tinnitus. If you work in noisy environments where you’re commonly exposed to high-decibel sounds, such as in a construction site or a factory, it’s important to take measures to protect your hearing from further damage, such as by wearing ear plugs.

Medication
More than 200 medicines, including aspirin, can cause tinnitus. If you have tinnitus and you take medicine, we recommend asking your doctor or pharmacist whether your medicine could be the cause.

Earwax Blockage
If sound becomes muffled in one or both ears and you feel a fullness in the ear, you might have a buildup of earwax. Other symptoms of a buildup include earache, an infection and, you guessed it, tinnitus. If excess earwax is the cause of your tinnitus, the symptoms should ease and disappear once the blockage has been treated. We offer quick and painless earwax removal in London, Kent and from your own home.

The Autonomic Nervous System
The Autonomic Nervous System (ANS) regulates our internal organs and some of our muscles. We’re often unaware of this because it does so involuntarily. Every minute of the day, our hearts beat faster or slower on autopilot, all without us consciously realising it. The ANS also plays a role in how people with tinnitus perceive the severity of it and how much attention they place on it. If the tinnitus is ignored, it will often only be perceptible in the background, but if it becomes a high priority (such as if it’s been perceived as a threat), then the brain learns to focus on the sound even when there is other background noise — sometimes even loud noise. When this happens, the limbic system (the part of the brain that governs emotional response) produces a negative response to the tinnitus, resulting in anxiety or stress. This creates a vicious ongoing cycle, where the tinnitus leads to stress, which then makes the tinnitus worse because you’re stressed about it!

Whatever the underlying cause of your tinnitus, it may be treatable, allowing us to alleviate or even eliminate your symptoms. To get a diagnosis and advice and support on next steps, we recommend booking a hearing test.

If you’ve recently been struggling to hear, earache has been giving you grief or you’ve noticed your hearing has gradually worsened over time, a hearing test can be the first step to better conversations and clear sound. Take your first step with the leading audiologists in London and Kent today. 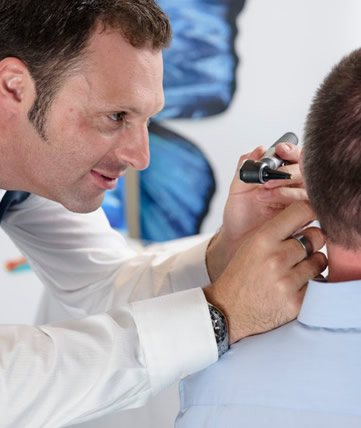 Unfortunately, there is no cure for tinnitus. This leads many professionals to think that there’s little that can be done. In reality, there are several tinnitus treatment methods that can ease the sound, whether you’re experiencing it constantly or every now and again.

At Regain Hearing, we’ve developed tried-and-tested methods that have treated a multitude of different tinnitus sounds and helped clients from all walks of life.

As part of our tinnitus therapy, we carry out a comprehensive consultation that begins with an in-depth interview using the Tinnitus Handicap Inventory (THI). This helps us to grade the severity of your tinnitus based on a world-recognised scoring system and guides us in formulating a personalised treatment plan. We then carry out a complete assessment, which may include Puretone Audiometry, Speech Discrimination and Tinnitus Matching. These tests allow us to identify the exact volume, pitch and frequency of your tinnitus, which we can then use to manage the sound, as well as identify your hearing threshold and the degree of any hearing loss.

After your evaluation, we will discuss and implement a treatment plan designed solely for you. We have a proven track record with an excellent success rate. In fact, we’ve helped to treat almost every person we meet!

Your tinnitus management plan will be completely unique to you, so it might involve one or a combination of different treatments, including the use of a hearing aid or tinnitus management apps as well as sound and behavioural modification therapy. During your first consultation, we’ll determine the most appropriate method for you and give you a thorough explanation of how it works and what to expect. Our audiologists are caring, patient and knowledgeable and will be on hand to answer any questions you might have about your personalised action plan.

Just because tinnitus doesn’t have a cure doesn’t mean that you have to suffer from constant buzzing. Our pioneering tinnitus treatments have been honed and finely tuned since 2013 and have been highly effective at reducing tinnitus for many of our patients. In some cases, these life-altering treatments have eliminated the tormenting sounds completely. 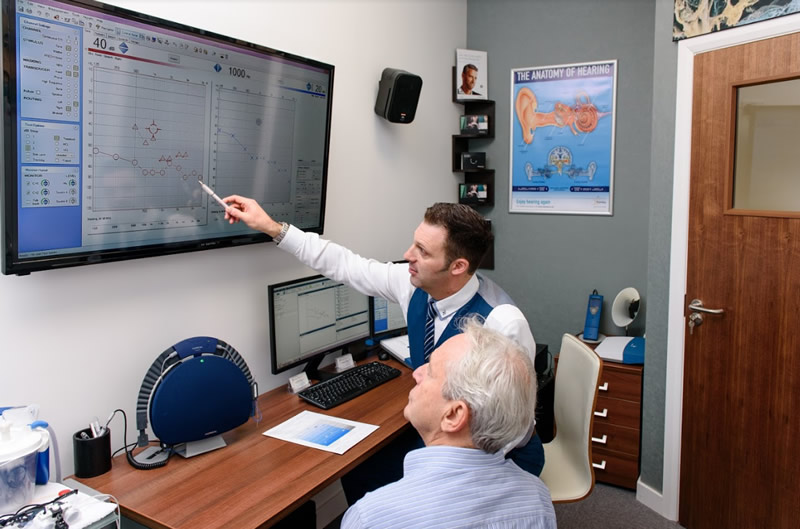 Sometimes, tinnitus can be caused by other problems that are not appropriate for treatment by us. If we discover that your case is not suitable for treatment, we will refer you to an Ear, Nose and Throat specialist (ENT) to rule out any health-related conditions that could be the cause of your tinnitus or that could be treated through medical or surgical intervention.

If we can’t treat your tinnitus, we’ll never leave you wondering what to do next and will work with you to find the right professional who can help you.

Any cookies that may not be particularly necessary for the website to function and is used specifically to collect user personal data via analytics, ads, other embedded contents are termed as non-necessary cookies. It is mandatory to procure user consent prior to running these cookies on your website.